BOOTING WOMEN OUT OF THE BUDGET 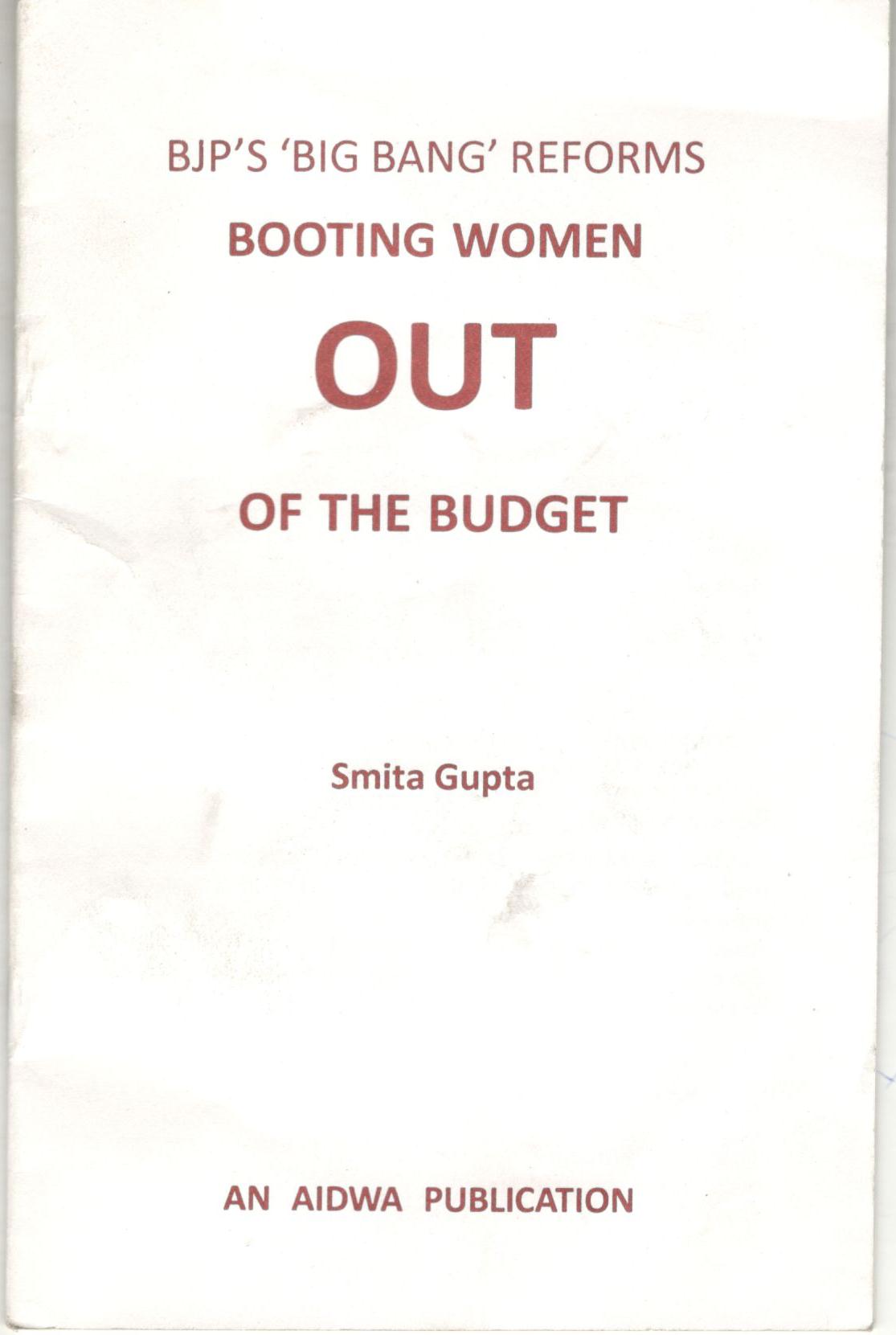 BOOTING WOMEN OUT OF THE BUDGET

The experience of one year of Modi Sarkar has made it very clear that women, especially poor women and women belonging to minority, dalit and adivasi communities, are its special targets, bearing the brunt of its assault on their rights, their freedom, their autonomy, their livelihood, their safety, their homes and their access to healthcare and education.

Emboldened by the formation of a BJP Government, members of the Sangh Parivar who are its driving force and certainly not the ‘fringe elements’, as Modi-supporters would have us believe, have made the most atrocious anti-women statements. While telling Hindu women to turn themselves into baby-producing machines, they threaten Muslim and Christian women that their very right to have any children at all will be forcibly taken away from them. Day in and day out, their leaders (who are supported by many across the political spectrum with the honourable exception of the Left) blame women for the violence inflicted on them and the terrible insecurity they face both in the home and in public spaces. An MP accused of rape in Rajasthan finds a prominent place in the Modi Cabinet. The Land Acquisition Bill, the flouting and proposed scuttling of Environmental curbs on the acquisition of forest and other lands, and the denial of rights to forest dwellers who are facing more evictions than before are already having a most devastating effect on women in farming, tribal and forest-dwelling communities who are losing their homes and their livelihoods. This will only worsen in the days to come.

Women have to come to the forefront of the struggles against the Modi Sarkar. The AIDWA has reacted promptly with this analysis of the cuts in the recent Union Budget of 2015-16, and how they will have a most detrimental impact on women’s lives. These cuts will only render women more vulnerable to unemployment, poverty, ill health, homelessness and insecurity of all kinds. It has embarked upon the task of mobilizing its own cadres and members for struggles. However, there is a need to involve different organizations and groups of people and initiate joint campaigns and struggles with the common objective of pushing back the anti-people, anti-women onslaught of this Government and the Sangh Parivar that is running it. We hope this small publication will contribute to this process.

Together, we must show the Modi Sarkar that women, especially the poor and most oppressed, will fight with tenacity not only to protect their rights and the small gains that they have made through decades of bitter struggle, but also to push back its onslaught and move forward on the difficult path to justice and emancipation.