Convention for Peace, against Communalism 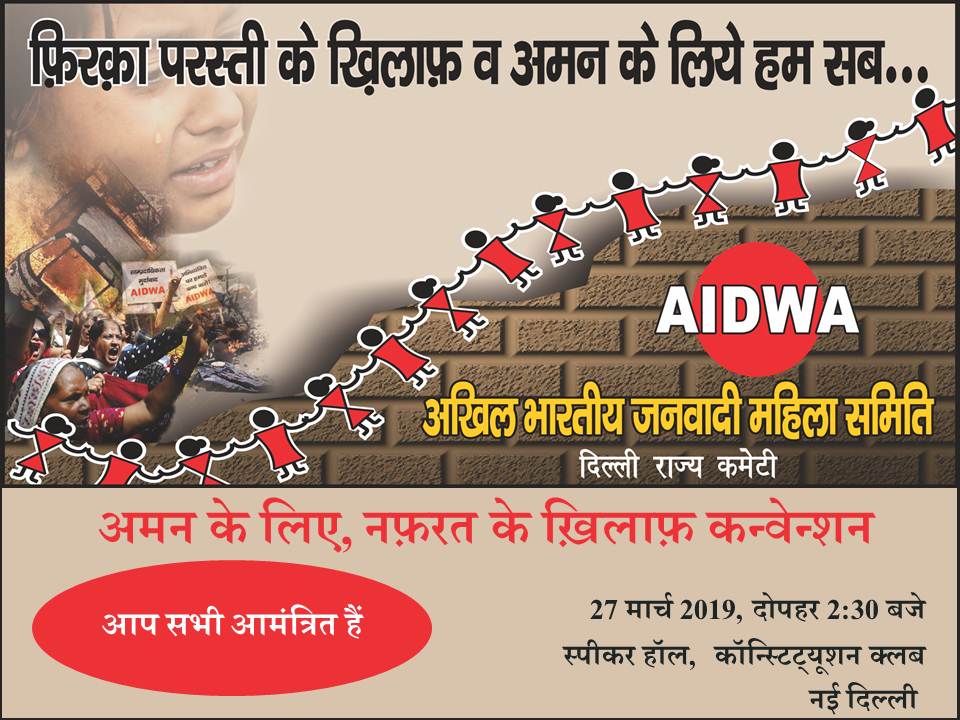 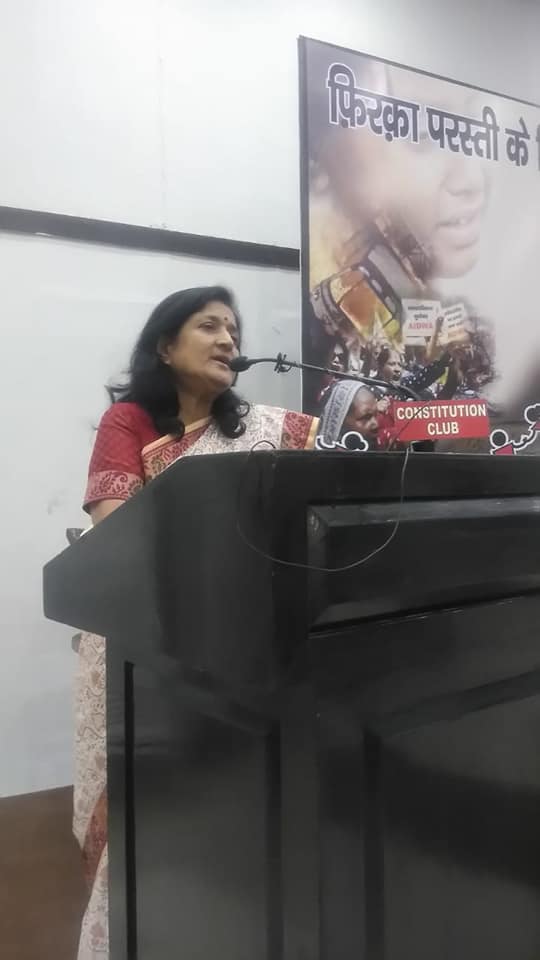 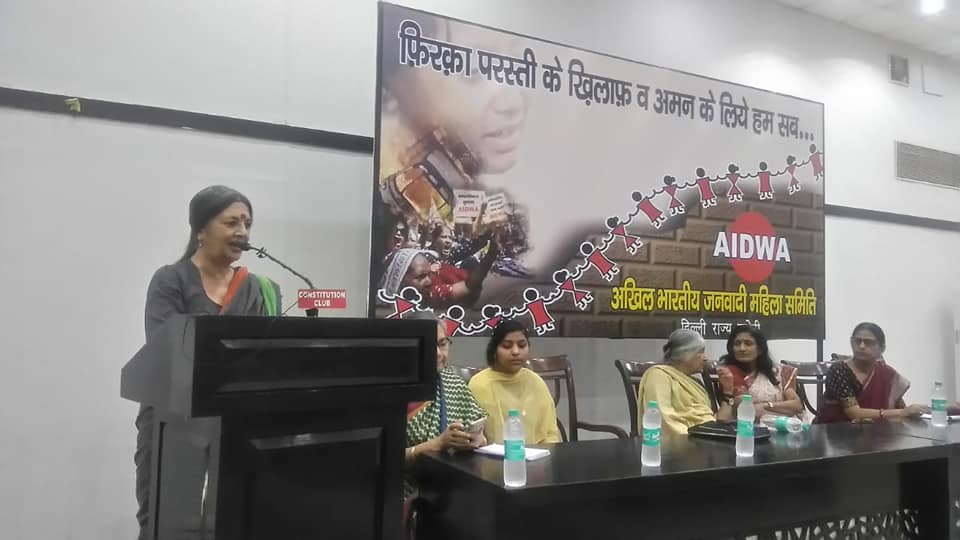 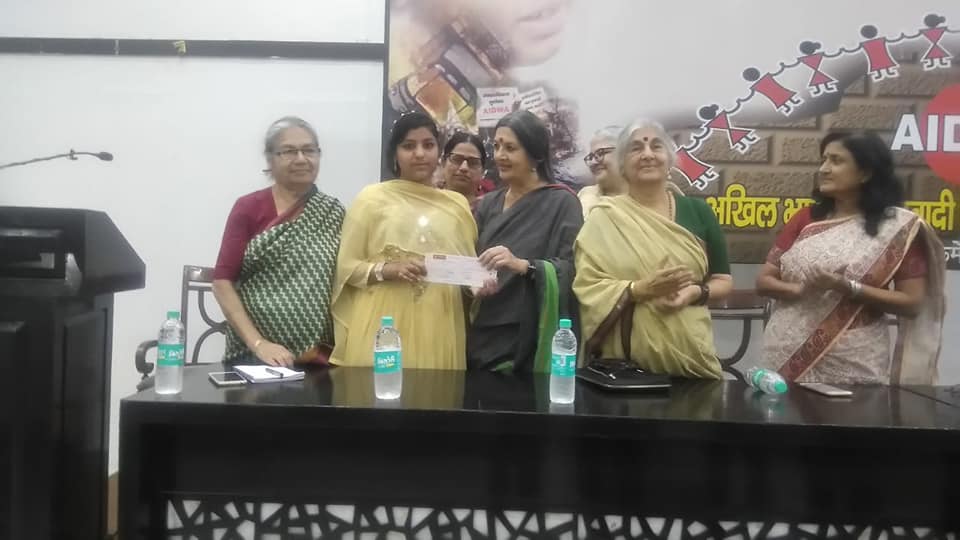 Dear friends,
Elections have been announced and Janwadi Mahila Samiti has resolved to campaign extensively to save India from hate-mongers. The convention to be held on 27 March is but a link in the chain of events against communalism, for democracy and for the Constitution. We recall the horror that Muzaffarnagar's so-called riot was, the trauma that a 12-year-old girl Azra was in, rescued by a courageous journalist Rakhi (who is unfortunately no more). We had pooled in, provided support, helped in her rehabilitation, collected funds that we now wish to hand over to Azra who is  running 18. We are inviting her family to Delhi and all those friends (who contributed generously disregarding their religious belief or lack of it).
Members of the family from Gurgaon that went through traumatic violence a few days back (in the name of religion) would also be joining us.

We request you to join us on 27 March 2019, 2:30 pm at Constitution Club,  Rafi Marg, New Delhi to strengthen the fight against communalism and express your solidarity with the family.
Looking forward to meeting all of you on the 27th.