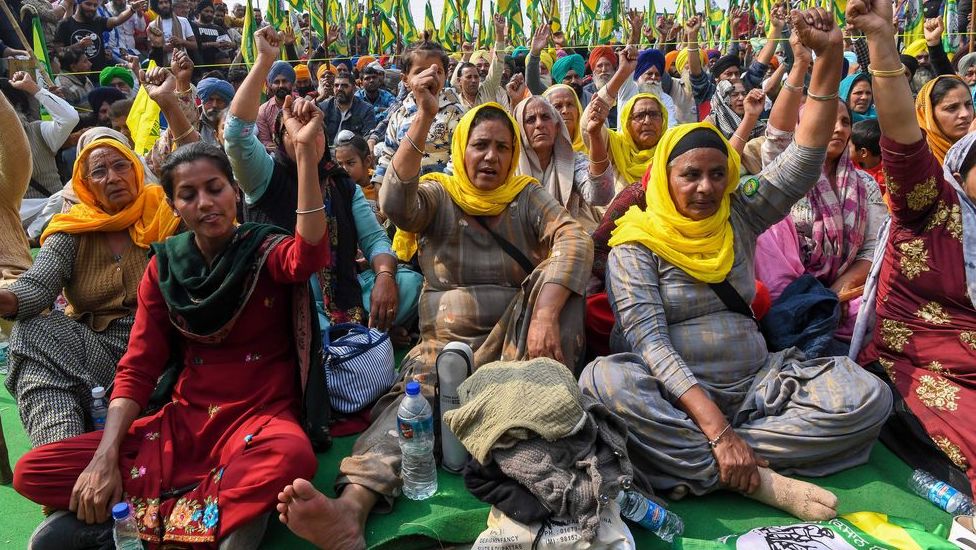 Reclaim India Unitedly from the Clutches of the Modi-Shah-Ambani-Adani Unholy Nexus!

The historic farmers’ struggle has completed nine months and is still going strong. Nearly 600 farmers have lost their lives. Lakhs, including large numbers of women, are sitting in the indefinite blockade at the Delhi borders. The people of the country are slowly but surely realizing the enormous danger that the BJP-RSS has posed to the lives of millions of Indians. This pro-corporate, communal and fascistic force must be defeated to save our secular, democratic nation and the Indian Constitution. This anti-national, Manuwadi coterie has to be prevented from selling our national assets and our entire country for a pittance!

In its 74 years of existence as an independent country, India has never seen a government as irresponsible, uncaring and arrogant as the BJP-RSS government in power now. It unabashedly refuses to withdraw the three Farm Laws and the four Labour Codes that will destroy the lives of farmers and workers. It is callous about the absolute devastation caused by the on-going pandemic. Rising prices, massive increase in hunger, unprecedented unemployment, collapsing health and education systems, growing indebtedness, the problems of children orphaned during the pandemic, violence against women – these are all invisible to PM Narendra Modi.

Women are running from pillar to post to keep the home fires burning. Women suffer the most in an exploitative, patriarchal system. They eat the last in the house and hence eat the least, if anything remains. Loss of livelihood has pushed crores of the poor into the deep abyss of indebtedness. With no help from the government, women are in despair as they know it will be impossible for them to repay this money. This will surely lead to a spurt in suicides.

Lakhs of children from the marginalised sections have been thrown out from the educational system. This is the Modi government snatching the pens and pencils from children’s hands, just like the cutting off of Ekalavya’s thumb. This conforms to the Manuwadi ideology of the RSS. The bane of child labour, trafficking, child marriages are all increasing. Children are being robbed of their childhoods. There is no plan by this heartless government on how to address these problems and save Indian children.

All these issues were discussed at the National Convention held by the Samyukta Kisan Morcha (SKM) on August 26-27 at the Singhu Border. The enthusiasm and unity seen here was very inspiring. More than 2000 delegates from hundreds of organizations of farmers, workers, agricultural labourers, women, students, youth, Dalits, adivasis etc from 22 states took part.

The SKM has given a clarion call for a Bharat Bandh on September 27 and a massive Rally at Muzaffarnagar on September 5, to inaugurate its ‘Mission Uttar Pradesh-Uttarakhand’. The All India Democratic Women’s Association (AIDWA) has been organizing struggles on all the above issues and has drawn thousands of women on the roads. It will wholeheartedly campaign for the Bharat Bandh. All its units will actively mobilise thousands of women all over the country. This is a struggle of all Indians to unitedly reclaim India from the clutches of the Modi-Shah-Ambani-Adani unholy nexus! We shall Fight! We shall Win!