The cowardly, brutal killing of Gauri Lankesh has led to waves of spontaneous protests in different corners of India. Gauri was a voice of honesty and courage, she challenged the status quo in multiple ways as a single woman, as the editor of a weekly, as an anti-establishment voice, as the proud promoter and practitioner of Kannadiga language and cultures, as a vociferous opponent of Hindutva ideologies. 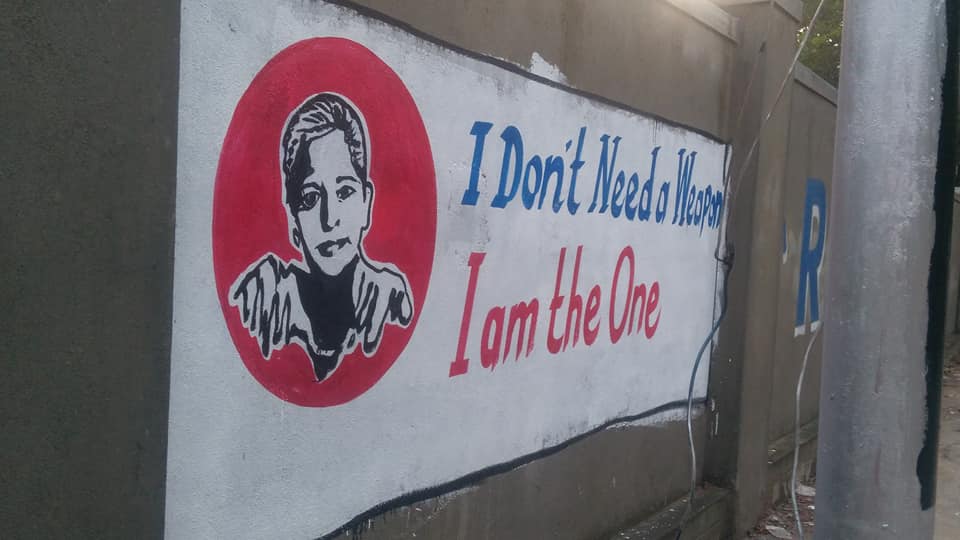 The cowardly, brutal killing of Gauri Lankesh has led to waves of spontaneous protests in different corners of India. Gauri was a voice of honesty and courage, she challenged the status quo in multiple ways as a single woman, as the editor of a weekly, as an anti-establishment voice, as the proud promoter and practitioner of Kannadiga language and cultures, as a  vociferous opponent of Hindutva ideologies. It is known that she was targeted by the Hindutva forces more so after she was convicted of defamation for a story she published in 2008 against a BJP MP Pralhad Joshi and BJP leader Umesh Dushi. She had publicly stated that she intended to challenge the conviction in the higher court, declaring, "Some people want to see me behind bars, but that has not happened."

She was given bail.

She could not be put behind bars. But she could be killed.

Who are the murderers? The investigation has started. Some of her friends and family have asked for a CBI inquiry. Whether it is the state government or a central agency that does the investigation, her killers must be caught and punished.

Karnataka Law Minister TB Jayachandra has said that the manner of Gauri's killing is similar to that of MM Kalburgi, the public intellectual, rationalist thinker who was gunned down at his Karnataka home two years ago. His killers have not yet been identified or punished. Earlier in Maharashtra, two leading intellectuals Govind Pansare and Narendra Dabholkar were shot down. Their killers also have not been identified.

Her killers may be hired killers, they may be directly members of an organization. But in truth, Gauri was killed by the atmosphere of violence created by the politics of hatred and bigotry in which every communal or casteist fanatic finds legitimacy in the act of killing, of burning, of cruelty.

When a Muslim is lynched on manufactured rumours that a cow has been killed, it is backed by top leaders who use their positions of power to spread the message that this is all pure and good work in defense of religion and religious belief. When Dalit homes are burnt to cinders, they are being taught that Manu Smriti is the benchmark to keep Dalits in their place. When those wearing black coats, mandated to uphold the law, beat up a young man like Kanhaiya Kumar in the premises of a court of law and bay for his blood, they feel no shame, they take pride in their criminal actions. For them, dissent is sedition and this is the way to deal with anti-nationals, that is the word from the very top. When acts of terror are committed by right-wing groups owing allegiance to Hindutva ideologies, and the top investigation agency cautions the public prosecutor to "go soft" in the case, what is it but clear patronage to terror acts? Within a year of such instructions becoming public, all the accused get released on bail. This is the environment which encourages killings of those who challenge this politics -  like Gauri Lankesh.

This is how the communal right wing operates: create an environment of hatred and let the fanatics do the job. That is the atmosphere created when Gandhi was killed. In 1994, after the demolition of the Babri Masjid, when the country was deeply wounded by communal hatred and violence, an interview of Gopal Godse, younger brother of Nathuram Godse, was published in the magazine "Frontline".

In a chilling telling of Gandhi's assassination, he describes how an atmosphere is created. "It many times happens that the clouds gather in the skies and we assume that in the next 15 minutes it will rain. But things happen otherwise. Winds blow and take away the clouds...so what is required for the rainfall? That particular atmosphere, the particular degree of temperature to be connected with the particles of water in the cloud. And then they take the shape of water to drop to the earth...so there might have been conspiracies and conspiracies and the wind might have come and blown them away. But when everything was in order, this conspiracy (the killing of Gandhi) proved to be fruitful..." So spoke the brother of Gandhi's killer who had stated proudly in the interview "all the brothers were in the RSS. Nathuram, Dattatreya, myself and Govind. You can say we grew up in the RSS rather than in our home. It was like a family to us."

RSS spokespersons today claim that the RSS has gone through many stages - from "ignorance about it, to opposition to it and now, acceptance" of the organization. The widespread protests against the killing of Gauri in which most people, rightly or mistakenly believe that it is the hand of the Hindutva forces behind it, just as in the killings of Pansare, Dabholkar and Kalburgi, show that there is no "acceptance", there can never be "acceptance" and that truth and justice will prevail.

We deeply mourn the loss of Gauri Lankesh. We extend deep condolences to her family and large numbers of friends and admirers. Her vibrant life and work will always be an inspiration and will live on as will the values and progressive politics she held so dear to her heart.