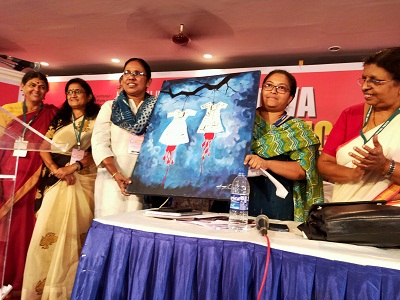 The 12th National Conference of the All India Democratic Women’s Association (AIDWA), held from December 27 to 30, 2019in Mumbai concluded with the call to safeguard the Constitution and fight the neoliberal policies and Manuwadiideology of the current BJP-RSS regime.740 delegates from 24 states attended the conferenceheld in Ahilya Rangnekar Nagar and Mangleshwari Debbarma Hall, Saboo Siddik Polytechnic at Byculla in Mumbai. It was the first AIDWA national conference to be held in Maharashtra.