The life of Savitribai, wife of Jotirao (or Jotiba, as he is fondly known in Marathi) Phule is a tale of great sacrifice and courage. Born on 3 January 1831 in a relatively well to do peasant family, Savitri grew to become the first woman from Maharashtra to contribute in revolutionizing ways of medieval thinking. Her life and work had many dimensions and continues more than a century after her death to inspire generations, not only of women but of dispossessed of all castes and communities. 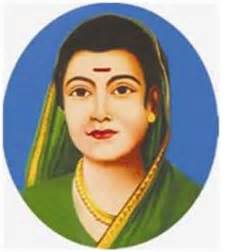