On the Withdrawal of Dabur’s Karva Chauth Ad 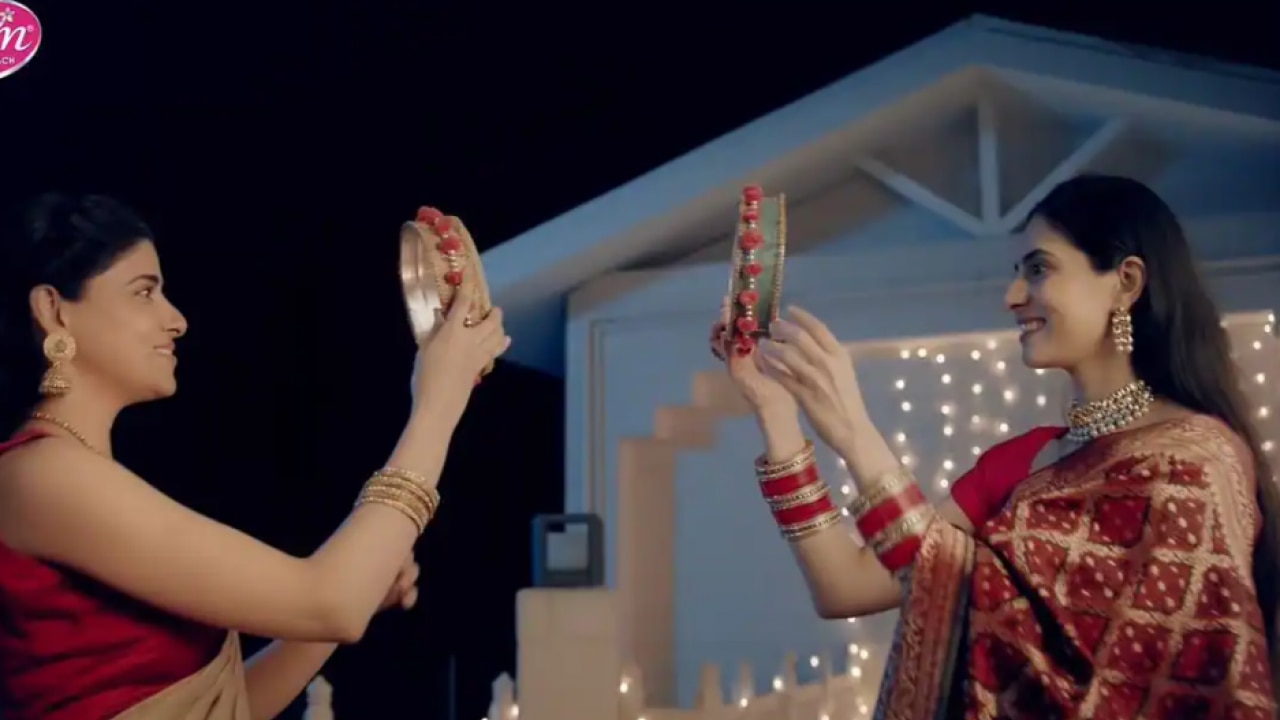 Would have never known there was so much sexual content in the image of two people looking at each other through sieves on a moonlit night until the riot act was read by the protectors of our culture on this Dabur ad. Say two young girls are wishing each other long life and happiness this way, they might be lesbians, they might not be. But why this uproar as if they are demolishing all that is precious and pure in human relationships! No, the fear lies elsewhere! Karva Chauth is sacrosanct because it is not interested in giving a message of love and fellowship but in reasserting the eternal sexual and emotional subservience of the wife to the husband. That message is the husband's monopoly! Who knows what makes corporate companies deviate from banal conservatism in their ads occasionally? Maybe a bit of variety sometimes brings more profits! Dabur however has withdrawn the ad. As activists in a women's organization, though, we feel that just as by sending the message of rakshabandhan to people who are not related to us by blood but are our sisters and brothers in humanity we reinvent a traditional ritual, similarly it would not be bad if we could  change the content of the ritual of karwa chauth by allowing it to foster an image of love and fellow feeling between two persons, even two women, never mind whether they are lesbians or not.