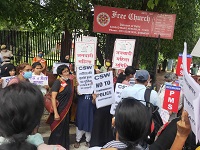 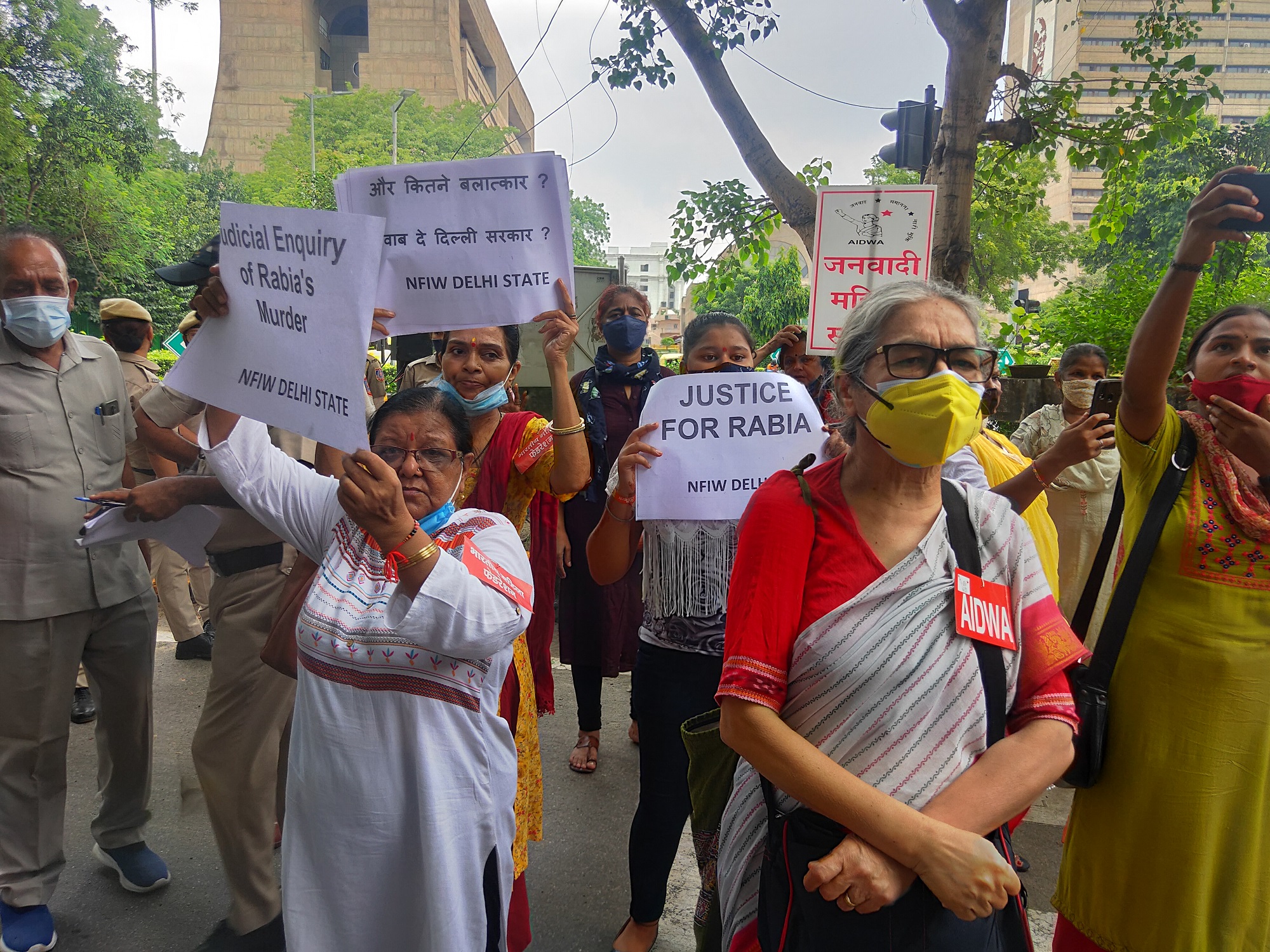 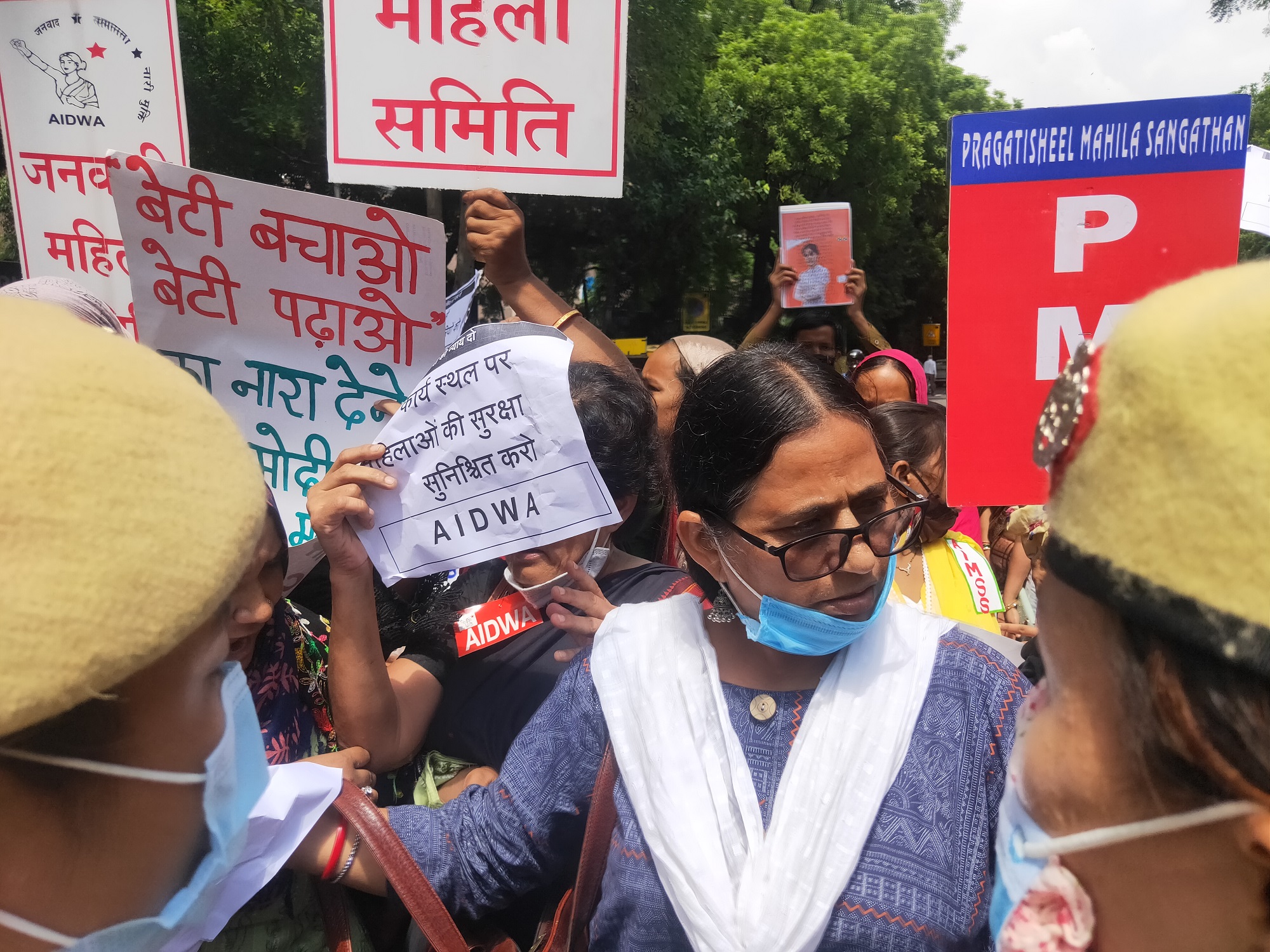 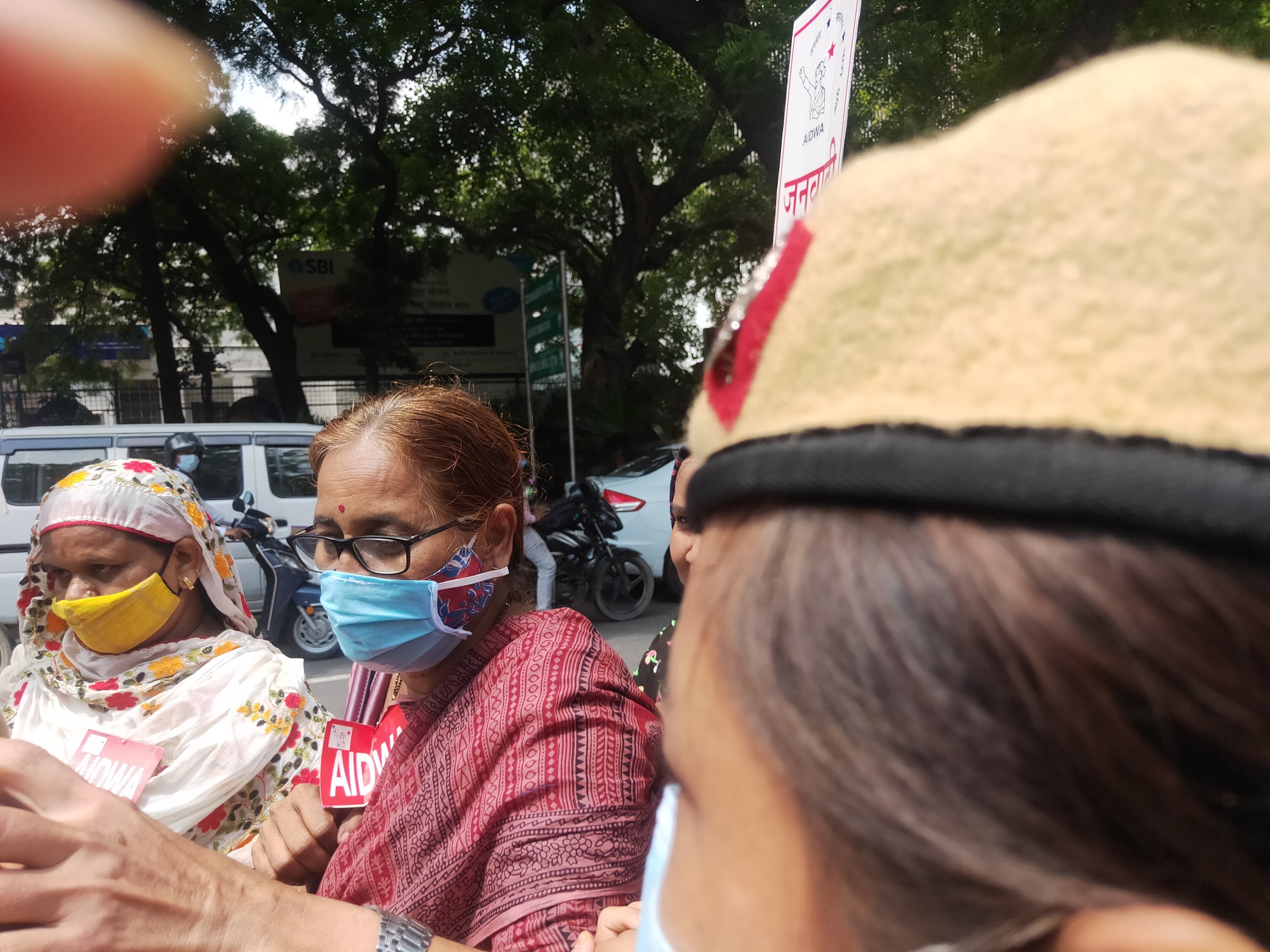 A militant protest was held today, September 8 by AIDWA, NFIW, AIMSS, PMS, CSW and SMS at Parliament Street against the brutal gang rape and murder of a 21 year old young woman who was a Civil Defense personnel working in the SDM office at Lajpat Nagar.