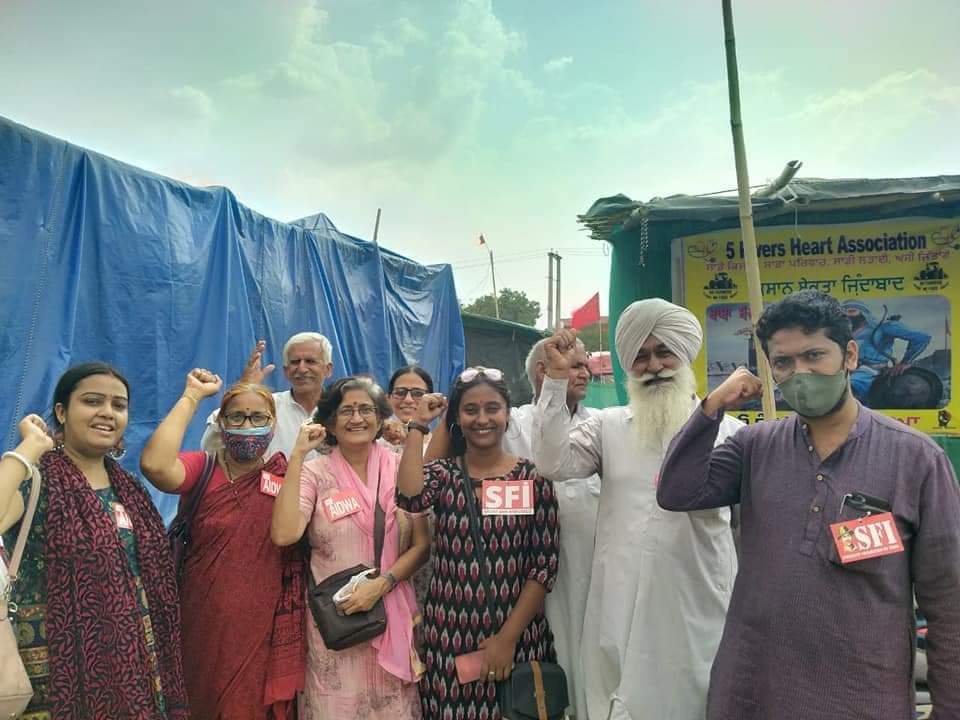 AIDWA-SFI-DYFI jointly participated in the protest jatha at the Singhu border on June 26. A joint jatha of more than 70 members of AIKS-AIDWA-DYFI came to the Singhu border from Amritsar. The jatha marched through the border shouting slogans against the anti-people Modi regime.