From the Archives of AIDWA: A Report of a Fact-finding Committee of Women’s Organisations on Atrocities on Women in Tripura, 1990 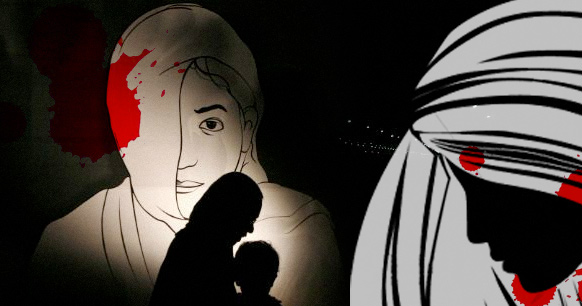 Alarming reports about rising atrocities against women in Tripura received from various sources led to the visit of a Committee with representatives from the following national women's organizations/institutions - All India Democratic Women's Association, Mahila Dakshita Samiti, National Federation of Indian Women, and Centre for Women's Development Studies - to Tripura to investigate the situation. The six- member Committee visited Agartala on 24th and 25th October and interviewed 70 women, who (or their family) had been victims of such atrocities and received their written representations. On the request of the Committee, the Chief Minister, the Director-General of Police and the Leader of the Opposition in the State Assembly also held discussions with the Committee. The Committee also received a memorandum from the Ganatantrik Nari Samiti of Tripura, which contained reports of 173 cases of atrocities against women in the State during January 1988 and October 1990. (Appendix 1). The Nari Samity's memorandum and discussions with us emphasized that women had become the major target of attack by the ruling Congress (I)-TUJS alliance. Fundamental rights, democratic rights to participate in the political process as well as laws for the protection of [women] ceased to operate.

We were not able to visit any of the districts in the interior, unable to visit rural areas (in which majority of such atrocities particularly took place) because we were informed that after the visit of the National Front Parliamentary Delegation in July-August (See Appendix 6 for Report) to some rural areas, women who testified before the team were subjected to severe reprisals. 14 out of 70 women (20%) we interviewed had been attacked during August to 20 October 1990. Several of them linked their misfortune with their (or their family members) having testified before the Delegation. One of them said a gang of Congress (I), hoodlums entered her house and after failing to get hold of her school going daughter, repeatedly raped her.

It was possible for us to meet some of the victims from these regions only through the efforts of Ganatantrik Nari Samiti. We also received copies of two Memoranda submitted earlier to the President in October 1989 and to the National Front Parliamentary team in July 1990, which described the situation in Tripura as one of 'semi-fascist terror'.

The atrocities are of various kinds. Rape, including gang rape of adults, minor and handicapped girls, abduction, murder, physical assault, molestation, and attacks on the women's homes which frequently lead to burning them down are matched by intimidation, molestation - including stripping in public places - disruption of their livelihood, family life, security and forcible prevention of political activity. Certain patterns are clearly visible

In many cases the murdered victims were hacked into pieces. One mother whose son was killed inside a polling booth in this manner, was asked to identify him from one severed limb.

The Committee found that there has been a complete breakdown of the law and order machinery in the State of Tripura.

Crimes including the most brutal and heinous crimes of murder and rape against women have been committed with impunity by known criminals who enjoy political patronage.

We are compelled to report utter failure on the part of the police to bring the culprits to book. Though the majority of cases were reported to them, only in very few (4 out of 70 we interviewed) were any arrests made. Even these were released promptly. Though rape is a non-bailable offence identified culprits in rape cases were released on bail immediately. In consequence, the culprits remained free to intimidate, harass and threaten the victims and their families, forcing some to withdraw the charges, and many to flee from their homes. Not a single conviction in any case was reported to us though some of the crimes were committed in 1988 and 1989.

There is no doubt that this failure of the Administration to enforce the law has contributed to the sharp increase in the number of atrocities against women. Of the total number of 223 reported to us, 114 took place in 1990, (See Appendix 4) despite the enactment of the Scheduled Castes and Scheduled Tribes (Prevention of Atrocities) Act, in August 1989.

These facts make it impossible for us to accept at its face value the claims made by the Chief Minister and the DG of Police that normal legal procedures were being followed in all cases brought to the notice of the Government.

Still more inexplicable is the fact that the Union Government which enacted the SC&ST (Prevention of Atrocities) Act in August 1989, failed to take any action on the Memorandum submitted to the President by two MPs and two Opposition Leaders from Tripura in October 1989. This Memorandum listed 88 cases of Rape and Molestation of women. The Leader of the Opposition has, from time to time, submitted lists of cases of atrocities against women to the State Government.

The large number of homeless and helpless women, dislocated from their normal lives, have forced the Left Front authorities into playing the role of providing shelter, food and legal aid in virtually all cases. In our opinion, any questioning of the authenticity of these atrocities against women merely on the ground that they have been brought to the notice of the Administration by a political party would be grossly unfair.

The geographical and class, caste, community distribution of these atrocities leaves us in little doubt of the intentions behind this attempt to create a political and social atmosphere of terror. The overwhelming majority of women, whom we interviewed came from the sub-divisions of Sabroom, Belonia and Sadar from the two districts of South and West Tripura. The percentage distribution of population belonging to Scheduled Castes and Scheduled Tribes are also substantially high in these districts (See Appendix 3). In South Tripura, tribals constitute nearly 36%, while Scheduled Castes constitute nearly 16%. In West Tripura, tribals constitute 35%, while scheduled castes constitute nearly 16%. The intention is obviously to force the tribal population to leave their land, homes and livelihood and not participate in the Tripura Tribal Area Autonomous District activities. This conclusion gains strength from the extraordinary pressures mounted against these families to prevent them from participating in the recent elections. Women taking part in the Bharat Bandh (30 August 1989) and Jail Bharo Movements (4th March 1990) were stripped on the streets and beaten. Doctors giving them First Aid suggested that it was shameful for women to take part in such activities.

The Committee is compelled to conclude that these planned attacks on women's rights to life and livelihood, to live with dignity and to have a peaceful family life, are related to an attempt to destroy their democratic rights as citizens. Terror has been used in the past to enforce the power of one group over the other, but events in Tripura represent a crude example of the criminalization of politics and the use of atrocities against women as an instrument of political action, which have become unfortunate characteristics of our recent political life.

The women whom we met made it clear that they had no expectation of any justice from the present Administration. We are compelled to conclude that in effect the fundamental and democratic rights guaranteed by the Constitution have ceased to operate in Tripura.